Branding can be a delicate beast. On one hand, it makes up a large core of your business that it absolutely cannot be ignored. On the other, if branding is done incorrectly, you may find yourself in a situation you need to dig out of. In order to help ensure that you never find yourself in a situation where your branding makes anyone groan, we’ve compiled a list of some of the largest branding fails we’ve seen.

What do you use Colgate for? Most likely, it’s brushing your teeth with their range of dental hygiene-related products. In 1982, Colgate introduced Colgate Kitchen Entrees, a line of frozen food products. Reasoning that their teeth cleaning products were so well known that the connection between food and teeth should be a natural next step, Colgate experienced a steep decline in their profits after introducing this failed endeavor. Many people eat at fast food chains due to the affordability of the products, not necessarily the nutritional value of the products. To compete with lower-calorie options in other restaurants, Burger King developed a lower-calorie fry. What sounds like a move to make the chain a healthier option failed as customers didn’t know what Satisfries were or why they should choose them over regular fries. Most chains stopped selling this product less than a year after they were introduced.

3. SyFy Renaming Reminiscent of Something Different

The channel formerly known as Sci Fi decided to reach out to a younger, tech-savvy crowd when renaming and rebranding in 2009. Heralding the rise of texting culture, the company decided to use this as inspiration. However, what should have been caught in the process is that “syfy” is a slang word for the sexually transmitted disease syphilis. The name switch has served to alienate many fans outside of the brand’s new target age-range and has been considered across the board as an awful branding move.

Time is truly of the essence. Amazon launched their Fire Phone years after the iPhone and Android models first came out, and priced their product at the industry standard, even though the technology did not match the other smartphone models at that time for the price. The phone also was not available in the ways that people typically purchase their electronics. Overall, the product was poorly timed and ill-researched, leading to its failure.

5. HSBC Gets Lost in Translation

It is relatively common for companies to rebrand, update slogans, and publish marketing campaigns as needed. HSBC made a very expensive branding mistake when the launched a 2009 “Assume Nothing” tagline. Unfortunately, when translated into other languages, “Assume Nothing” became “Do Nothing”. Not quite the message that any bank wants to promote! $10 million dollars down the drain and international shame followed this mistake.

When London won the bid to host the Olympics in 2012, they went right ahead and began designing a logo for the games. The designers for the London Olympics logo went in a very different direction, completely rejecting the traditional rings and steeping the logo with modernity.

Officially, they noted that the new logo:”Our emblem is simple, distinct, bold and buzzing with energy…. It feels young in spirit… Not afraid to shake things up, to challenge the accepted. To change things.” Everyone else disagreed. For $800,000 the logo was seen as disrespectful to London and the Olympics. 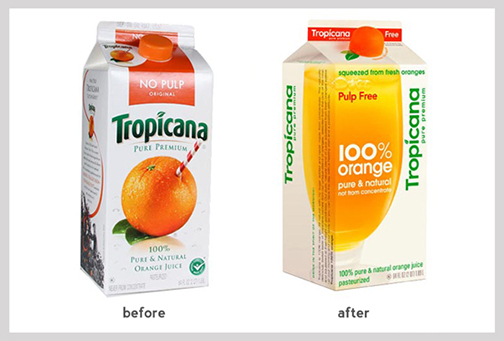 PepsiCo decided to rebrand a few of their product offerings, including their signature logo, Mountain Dew soda, and Tropicana orange juice. Tropicana is known for their boxes depicting a straw sticking out from an orange, but the rebrand included a plain white box with orange liquid across of it. After sales plummeted 20%, PepsiCo realized their rebrand made the product look like a generic version of the original. After $130 million were lost in sales, Tropicana’s packaging was reversed to reflect the original.

Smith & Wesson is a well-known manufacturer of firearms in the United States, especially those associated with police and armed forces. The company commissioned a study and learned that consumers of their products said they would use the company for other products. Since they were already creating bicycles for public servants, they decided to release these to the public at large. While consumers expressed brand loyalty to Smith & Wesson, the bicycles never took off, proving the unrelated product offerings are not usually as well off as it may seem.

In the soft drink world, there are two giants: Coca-Cola and PepsiCo. Coca-Cola has barely edited their logo, while PepsiCo alters the brand identity around once every decade. This last rebrand has been considered their most underwhelming. At a cost of one million dollars, the logo and all associated branding documents are largely seen as pointless.

The new logo is a circle surrounded by white and Pepsi’s red, white, and blue colors, but the white stripe is tilted upwards and intended to look like a smile. Overall, the constant rebranding undertaken by PepsiCo is less of a boon and more of a burden. How Much Should a Rebrand Cost? 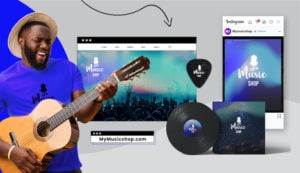 How to Create a Strong Brand Identity Building a Brand Strategy that Puts Your Business on the Map ​